What Medical Conditions Can Candidiasis Cause?

Candidiasis is a condition in which there is an overgrowth of the yeast known as Candida in the body. This can cause many different medical conditions that can wreak havoc on your overall good health. While the symptoms are not usually life threatening, they can leave you feeling ill, weak and irritable if not treated properly. These are some of the medical conditions that are often caused by Candidiasis.

An overgrowth of Candida can cause a wide variety of genitourinary problems for both men and women. Women often suffer from vaginal yeast infections, endometriosis and menstrual problems such as heavy periods, severe cramping and premenstrual dysphoric disorder (PMDD).

Men may suffer from prostatitis, impotence and erectile dysfunction. Both men and women who have excessive Candida may suffer from frequent bladder or urinary tract infections.

Excessive Candida yeast in the body may also trigger fungal infections on the skin as well. This may include ringworm, jock itch, diaper rash, athlete's foot, skin lesions and nail bed infections. Oral thrush and recurring mouth sores are also symptoms of Candidiasis. Once the amount of Candida in the body is decreased, these conditions often clear up quickly.

Gastrointestinal problems are also common in those who have Candidiasis. Those who suffer from constipation, diarrhea, gas and bloating, heartburn and frequent burping may have excessive Candida in their systems. It is also believed that serious conditions, such as irritable bowel syndrome, are also linked to an overgrowth of Candida.

Disorders of the nervous system may occur due to Candidiasis. This may include one or more of the following conditions: chronic fatigue, memory loss, insomnia, depression, migraines, anxiety and frequent moodiness.

Certain muscle and joint disorders are also believed to be triggered by an overgrowth of Candida in the body. Among these are joint pain and swelling, muscle aches and weakness, tingling and numbness in the extremities and persistent cold hands and feet regardless of the temperature of the rest of the body.

However, it is possible to relieve many of the symptoms that occur due to Candidiasis by makingchanges in the diet. Many of the medical conditions caused by Candidiasis may be relieved by following the Candida diet. This diet involves removing many of the sugars, starches and other types of food that produce yeast from the diet and replacing it with various foods that help balance the natural bacteria in the body. 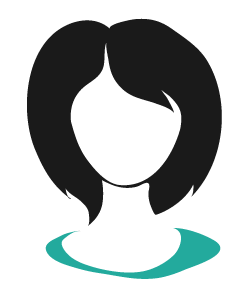 Everyone always told me I was a "shy" young girl. It was only when I became an adult that I realized that I wasn't just shy, but actually had severe anxiety. While it was tough living with anxiety, I was even more afraid of talking about it with a counselor. However, after I had my first full-blown panic attack, I knew I had to get help. I was greatly surprised when I found myself "opening up" to my psychologist very quickly. I think that was because I knew that only thing she had on her mind was helping me. She said I made a lot of progress very quickly, and I could tell I did, too! I really want to help others living with anxiety and other mental illnesses realize that there is hope. I plan to post many tips for both mind and body health on my new blog.

Read in about 2 Minutes